Happy election day! We hope you have a chance to get out and vote today, if you haven’t already! Election day is not just an important day to practice your civic duty, it’s also an opportunity to recognize historic events that got us here. Today marks 100 years since women were first able to vote in a statewide election. We hope you’ll stop by today or in the next few days to check out some of the wonderful resources we have here at the State Archives related to the struggle for women’s suffrage. 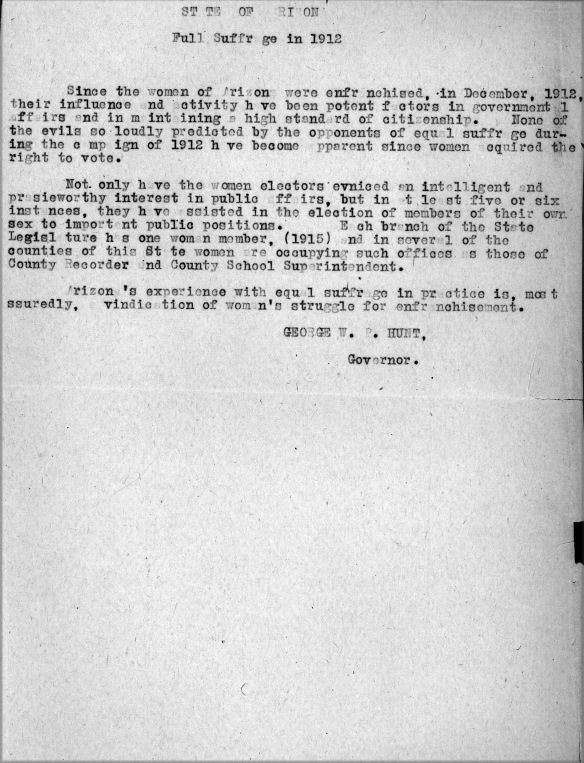 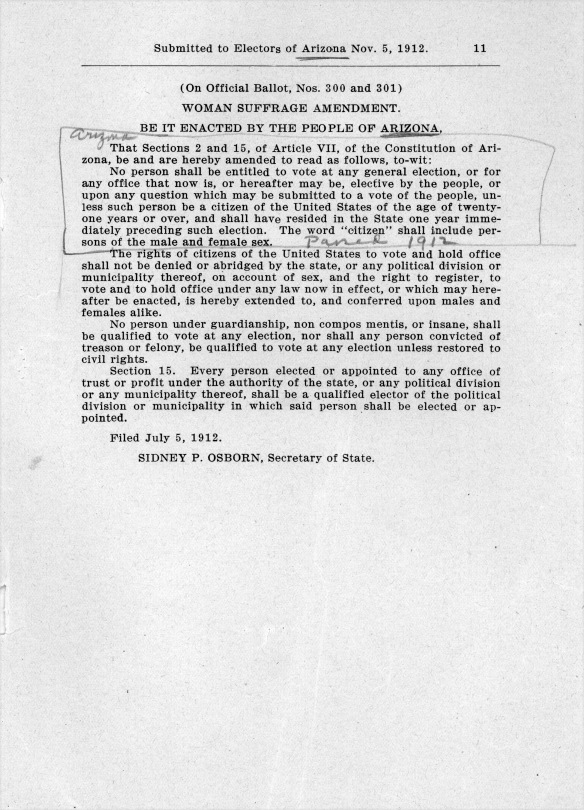 Arizona became a state in February 1912.  Prior to statehood, while writing the state’s new constitution, the issue of women’s suffrage came up.  Influential politician, George Hunt, who was president of the constitutional convention, decided not to support women’s right to vote, in part because he was concerned that the President of the United States would deny our request for statehood if we included suffrage in our constitution.  Also, at the time, a lot of men were concerned about the strong support many women had towards temperance.  These men feared that if women could vote they would back candidates that supported prohibition.

However, the state constitution gave voters the right to amend the constitution through the initiative process.  The Arizona Equal Suffrage Campaign Committee was organized and collected the 3,342 male signatures required by law to get a women’s suffrage initiative on the November 1912 ballot.  This initiative passed and became part of Arizona’s constitution nearly 8 years before women were granted the right to vote in national elections.

urns out the saloon supporters were right. Temperance supporters circulated a petition to institute prohibition in Arizona and the majority of the signers were women.  In the 1914 election the Arizona prohibition initiative passed and we became a dry state in 1915.

This wagon was used to dampen the dusty streets of Phoenix with alcohol the day that prohibition went into effect.