Long before discussion of SB 1070 and immigration reform became hot-button issues, immigration to the United States carried with it an entirely different set of concerns. Looking at Michael O’Brien’s 1910-1914 naturalization records, we see that new immigrants were required to swear an oath that they were not anarchists, nor were they polygamists or supporters of polygamy. Laura found these fascinating documents in a set of Navajo County naturalization records.Normally, we don’t receive these kinds of records because they are not Arizona state records. If you’re interested in learning more about Ellis Island immigration, we recommend checking out the resources available at the National Archives branch in New York City. 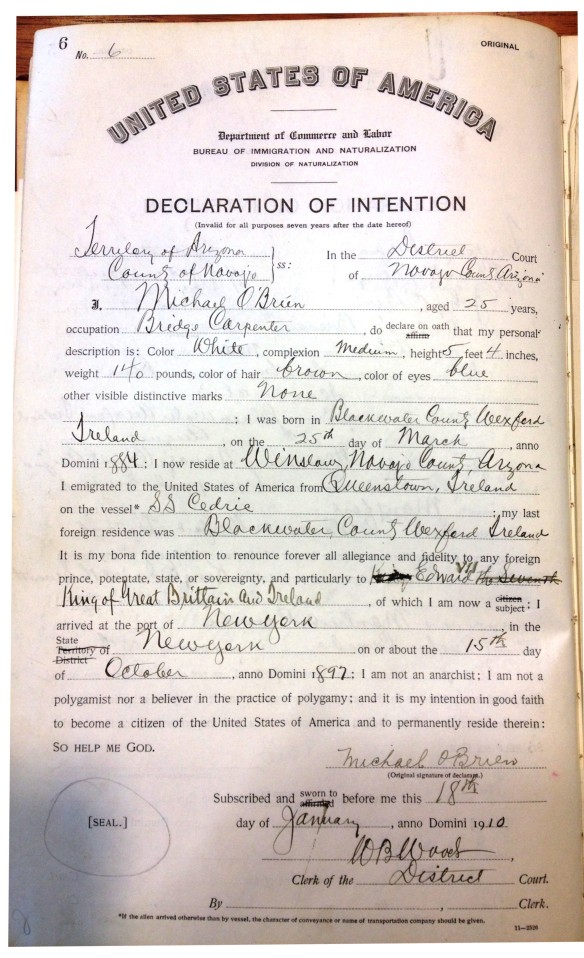 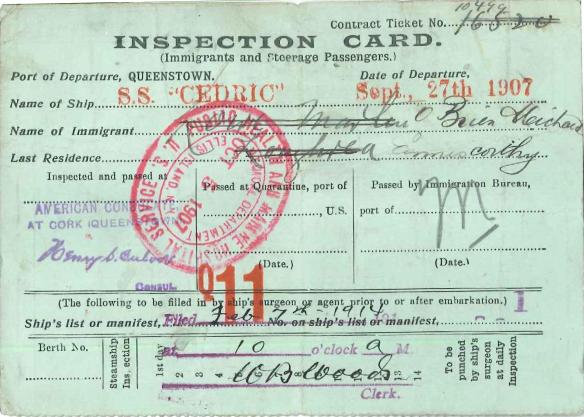